Health Conditions and Diseases Neurological Disorders Parkinson's Disease
42
One of the most mysterious and complex neurological disorders to afflict mankind, Parkinson's disease was first described in 1817 by British physician James Parkinson, who identified its major symptoms and called it "the shaking palsy." Research progressed slowly until the early 1960s, when scientific discoveries linked the disease to the loss of brain cells that produce dopamine - a chemical which helps control muscle activity. This in turn led to the first successful treatment for Parkinson's and pointed researchers in the direction of other therapies. Unlike many other afflictions that manifest themselves later in life, Parkinson's disease is neither contagious nor, in most cases, inherited. A chronic, progressive, motor system disorder, it has four primary symptoms: tremors or shaking of the hands, arms, legs, jaw and face; stiffness or rigidity of the limbs and trunk; excessive slowness of movement, a condition called bradykinesia; and instability, poor balance and loss of coordination. These symptoms become more pronounced as the disease progresses, and patients ultimately experience difficulty with such simple tasks as walking and speaking. The disease is one of a group of similar disorders called parkinsonism, all of which are related to the loss of dopamine-producing cells in the brain. The most common of these, Parkinson's disease is also known as primary parkinsonism or idiopathic Parkinson's disease, because it has no known cause. The other forms of parkinsonism either have known or suspected causes, or occur as secondary symptoms of other neurological disorders.
More information 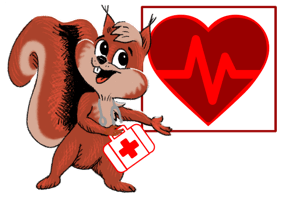